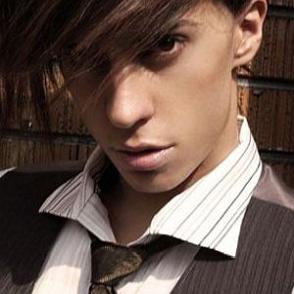 Who is Sebastiano Serafini dating?

Sebastiano Serafini is currently single, according to our records.

The Italian Model was born in Milan on February 14, 1990. Fashion model, rock musician, and actor who appeared on Italian, Japanese, and Thai television programs, and was Guest of Honor at Ani-Jam LA.

Who has Sebastiano Serafini dated?

Like most celebrities, Sebastiano Serafini tries to keep his personal and love life private, so check back often as we will continue to update this page with new dating news and rumors.

How many children does Sebastiano Serafini have?
He has no children.

Is Sebastiano Serafini having any relationship affair?
This information is not available.

Sebastiano Serafini is an Italian actor, model, musician, and stylist working in countries including Hong Kong, Japan, Italy, and Germany, as well as Thailand where he made an appearance as the final MC at the 2013 You2Play Awards. He played a recurring role as otaku Luca in the Japanese TV drama series Nihonjin no Shiranai Nihongo, and was in the drama Pompei as the son of Girolamo Panzetta. He started modeling at the age of 15.

He began modeling in his mid-teens and participated in campaigns for Lip Service, Toni & Guy, and True Religion.

Continue to the next page to see Sebastiano Serafini net worth, popularity trend, new videos and more.