Who is Amaia Salamanca Dating Now? 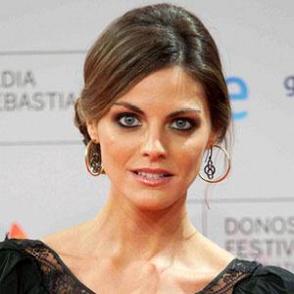 Ahead, we take a look at who is Amaia Salamanca dating now, who has she dated, Amaia Salamanca’s boyfriend, past relationships and dating history. We will also look at Amaia’s biography, facts, net worth, and much more.

Who is Amaia Salamanca dating?

Amaia Salamanca is currently dating Rosauro Baro. The couple started dating in 2010 and have been together for around 12 years, 5 months, and 9 days.

The Spanish TV Actress was born in Madrid on March 28, 1986. Most famous for playing Catalina Marcos in the Spanish remake of the popular Colombian series Sin Tetas No Hay Paraiso, she also appeared in such Spanish television series as Grand Hotel and Velvet.

As of 2023, Amaia Salamanca’s boyfriend is Rosauro Baro. They began dating sometime in 2010. She is a Aries and he is a Sagittarius. The most compatible signs with Aries are considered to be Aquarius, Gemini, and Libra, while the least compatible signs with Taurus are generally considered to be Pisces, Cancer, or Scorpio. Rosauro Baro is 44 years old, while Amaia is 36 years old. According to CelebsCouples, Amaia Salamanca had at least 6 relationship before this one. She has not been previously engaged.

Amaia Salamanca and Rosauro Baro have been dating for approximately 12 years, 5 months, and 9 days.

Amaia Salamanca’s boyfriend, Rosauro Baro was born on November 30, 1978 in Sevilla, Spain. He is currently 44 years old and his birth sign is Sagittarius. Rosauro Baro is best known for being a Business Executive. He was also born in the Year of the Horse.

Who has Amaia Salamanca dated?

Like most celebrities, Amaia Salamanca tries to keep her personal and love life private, so check back often as we will continue to update this page with new dating news and rumors.

Amaia Salamanca has had an encounter with Miguel Ángel Silvestre (2008).

How many children does Amaia Salamanca have?
She has 3 children.

Is Amaia Salamanca having any relationship affair?
This information is currently not available.

Amaia Salamanca was born on a Friday, March 28, 1986 in Madrid. Her birth name is Amaya Salamanca Urizar and she is currently 36 years old. People born on March 28 fall under the zodiac sign of Aries. Her zodiac animal is Tiger.

Amaia Salamanca Urízar is a Spanish actress, best known for her role as Catalina Marcos in the Spanish version of the Colombian TV series “Sin tetas no hay paraíso” and as Alicia Alarcón in series Grand Hotel.

She made her screen debut as Paula in the television series SMS (Sin Miedo a Sonar).

Continue to the next page to see Amaia Salamanca net worth, popularity trend, new videos and more.