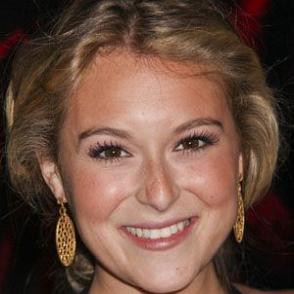 Ahead, we take a look at who is Alexa PenaVega dating now, who has she dated, Alexa PenaVega’s husband, past relationships and dating history. We will also look at Alexa’s biography, facts, net worth, and much more.

Who is Alexa PenaVega dating?

Alexa PenaVega is currently married to Carlos PenaVega. The couple started dating in 2012 and have been together for around 9 years, 6 months, and 18 days.

The American Movie Actress was born in Miami, FL on August 27, 1988. She played the big sister, Carmen Cortez, in the Spy Kids movies. Her other films include The Devil’s Carnival, The Clockwork Girl, and Machete Kills.

As of 2022, Alexa PenaVega’s husband is Carlos PenaVega. They began dating sometime in 2012. She is a Taurus and he is a Leo. The most compatible signs with Virgo are considered to be Taurus, Cancer, Scorpio, and Capricorn, while the least compatible signs with Virgo are generally considered to be Gemini and Sagittarius. Carlos PenaVega is 32 years old, while Alexa is 33 years old. According to CelebsCouples, Alexa PenaVega had at least 3 relationship before this one. She has not been previously engaged.

Alexa PenaVega and Carlos PenaVega have been dating for approximately 9 years, 6 months, and 18 days.

Alexa PenaVega’s husband, Carlos PenaVega was born on August 15, 1989 in Columbia, Missouri, USA. He is currently 32 years old and his birth sign is Leo. Carlos PenaVega is best known for being a Actor. He was also born in the Year of the Serpent.

Who has Alexa PenaVega dated?

Like most celebrities, Alexa PenaVega tries to keep her personal and love life private, so check back often as we will continue to update this page with new dating news and rumors.

How many children does Alexa PenaVega have?
She has 1 children.

Is Alexa PenaVega having any relationship affair?
This information is currently not available.

Alexa PenaVega was born on a Saturday, August 27, 1988 in Miami, FL. Her birth name is Alexa Ellesse Vega and she is currently 33 years old. People born on August 27 fall under the zodiac sign of Virgo. Her zodiac animal is Dragon.

Alexa Ellesse PenaVega is an American actress and singer. She is known for her role as Carmen Cortez in the Spy Kids film series and Shilo Wallace in the film Repo! The Genetic Opera (2008). In 2009, she starred as the title character Ruby Gallagher in the ABC Family series Ruby & The Rockits.

She was a competitive gymnast. She debuted as Priscilla in the 1994 film, Little Giants.

Continue to the next page to see Alexa PenaVega net worth, popularity trend, new videos and more.